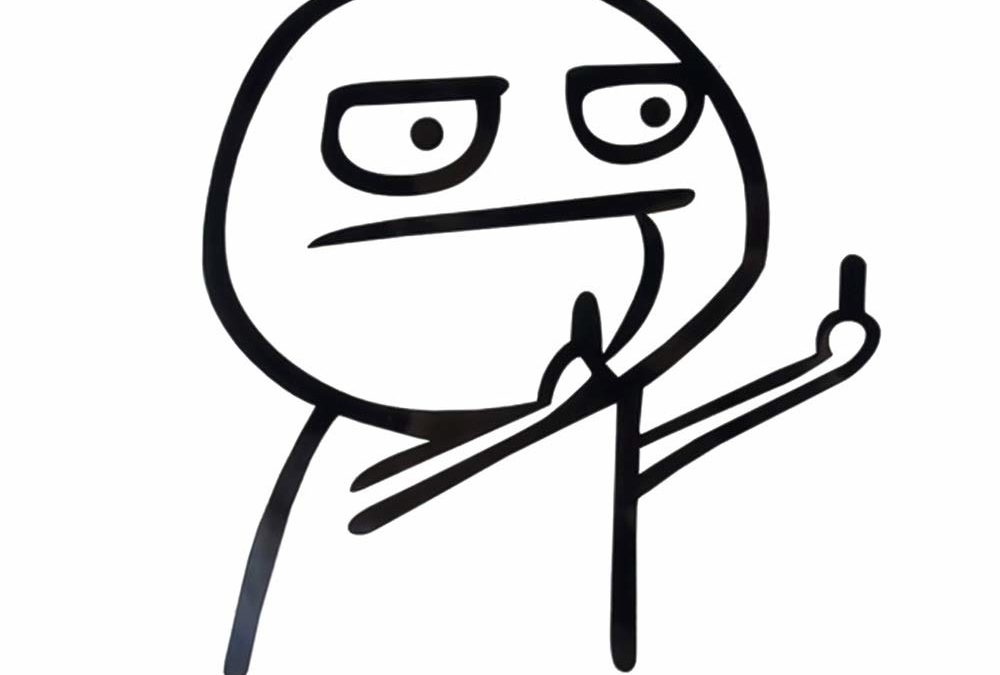 Confessions of a professional Wedding Magician

This happened fairly recently so anonymity has, hopefully, been protected.

Two of the packages I offer as a magician have me performing from ceremony until the first dance.

The drinks reception performance had gone great, as had performing a mindreading show in front of the whole wedding party.

I’d sat down and had my meal and chatted with the photographer.

And then came then next bit. 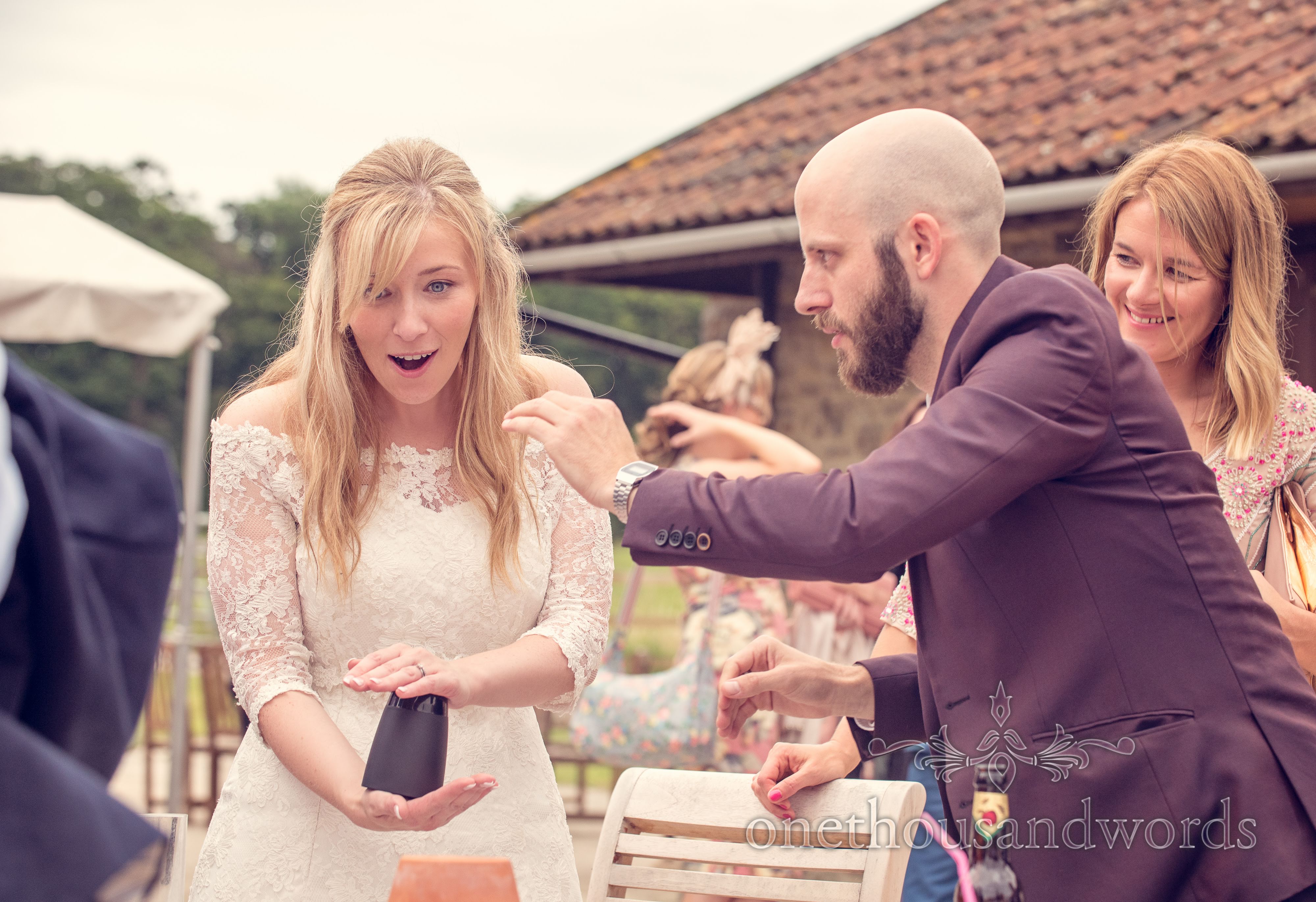 At most weddings, and this one was no different, there can be an awkward couple of hours between the wedding breakfast and the evening starting.

That’s why I was there, to ensure that it wasn’t awkward.

20 minutes into my early evening performance, it happened.

I was performing at a table featuring the parents of the Bride, The Mother of the Groom, and the siblings of those three.

Quite an amount of alcohol had been consumed at this point.

They were laughing, shouting out trying to guess how tricks were done – it was a typical fun crowd.

The bride then joined us.

Everyone at the table was very vocal with the exception of one.

The bride’s auntie had been like a silent hawk.

Perching herself at the edge of the table, waiting to strike down her prey.

I moved into my finale. 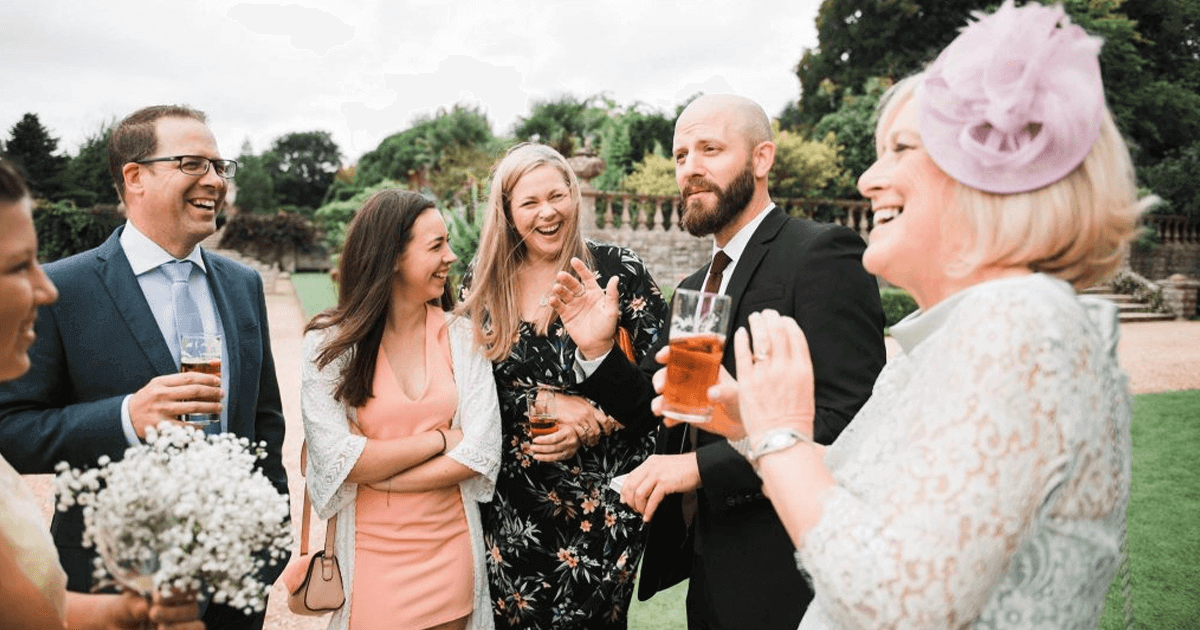 The final trick I decided to perform involves an empty wine bottle, a borrowed napkin and a coin.

It is a multi-part trick where each stage is slightly more impressive and funny than the previous.

The bride’s auntie was silently watching not me, but my hands throughout the whole trick.

I’m not sure she ever looked up at my eyes once.

She just stared at my hands.

In the very final part the spectators actually witness the wine bottle actually passing straight through the table.

(Some information redacted to avoid spoiling the surprise if you book me.)

Upon this happening the silent hawk was awoken.

She jumped up out of her seat as if an electric shock had been passed through the chair.

For the first time in the whole performance she looked me dead in the eye and shouted “Oh F*** off!”

The half of the room that could hear her went deadly silent.

They hadn’t seen what had happened, they had no context for this outburst.

Only the ambient music could be heard.

I looked at the bride, she was already looking at me.

It felt like time itself had stopped but it was only about 2 seconds later that the bride threw her head back in hysterics.

The whole table joined in too, her Dad, her mum and uncles and the other side of the family too.
Normally I’m very composed in these situations, I’ve heard it ALL in my time but I lost it too.

I joined them too, all united in hilarity in this priceless unforgettable moment.

All united except for the silent hawk who was still eye balling me.

If you’ve enjoyed this story and would like a member of your immediate family to tell me to F*** off too then please fill in the enquiry form below.

My most popular wedding blogs